NTU units are most commonly used by purification plants. We rather use suspended solids (SS) measured in mg/l or ppm because we mainly operate on the wastewater treatment plant market, but there is a relation between suspended solids and NTU..

According to the World Health Organization, the turbidity of drinking water should never exceed 5 NTU 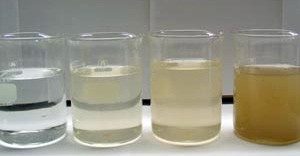 Galvanized carbon steel or even stainless steel (whether Inox 304 or Inox 316) are...
For certain types of water treatment, a small prefabricated compact clarifier will suffice. The...
How to clean lamellar modules in order to improve their performance? This manual answers...
A while ago, a client asked me a very interesting question: did we take...
In ecology, the term “resilience” refers to the ability of the environment to absorb...
In some facilities, lamella clarifiers need to be covered. This is usually done for...