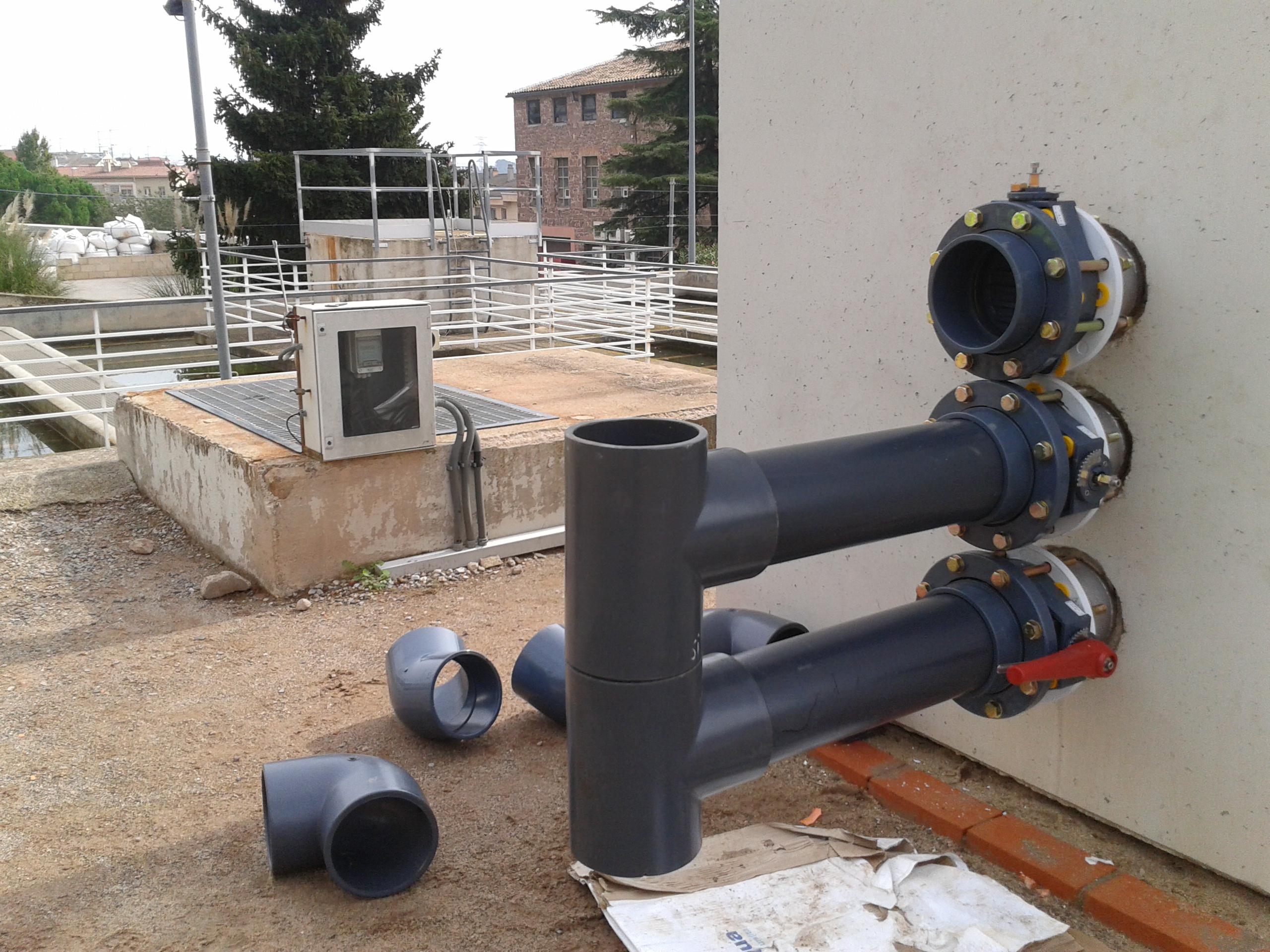 TecnoConverting is about to complete the installation of a pilot plant to test the results obtained with the simulator program TecnoTec, for optimal design and installation of lamellar modules.

The pilot plant, which is about to start its testing phase, will be installed for a few months at Manresa Drinking Water Plant, and after at the Waste Water Treatment Plant of the same city.

The settler made in reinforced concrete, with a capacity of 35 m3, is equipped with several sensors to display all the time the behavior of water and sedimentary particles. The pilot phase will consist of four phases: initially it will work with the natural sedimentation of solid particles, and after some tests, the settler will work with TecnoTec lamellas from TecnoConverting. These two phases are repeated at the Waste Water Treatment Plant to check the performance of the lamellas with a high content of suspended solids.

The plant will be controlled 24 hours a day, and turbity sensors will allow to visualize the evolution of clarification within the settler.

These plant tests will be performed together with the Centro Tecnologico de Manresa (CTM) and the cooperation of Aigues de Manresa, who has disposed its installations for the experimental study.

With the present study its expected to corroborate the theoretical results of the simulation program TecnoTec, that TecnoConverting engineering department is using to dimension all facilities; and reaffirm this way the success of TecnoConverting on lamellar settling solutions.

Monitor the status of collectors and spillways in real time during rainfall events with...
After the new installation of the TecnoGrabber® systems in Tarragona, the company Ematsa estimates...
This July, TecnoConverting Engineering supplied and installed several TecnoGrabber® equipment in different locations next...
A growing number of localities are implementing measures against the problem of waste that...
CHECK THE CONDITION OF YOUR SPILLS WITH THE NEW Tecnograbber® video surveillance cameras Control...
TecnoConverting Engineering supplies a new Manowar scraper for a sewage treatment plant in Poland....